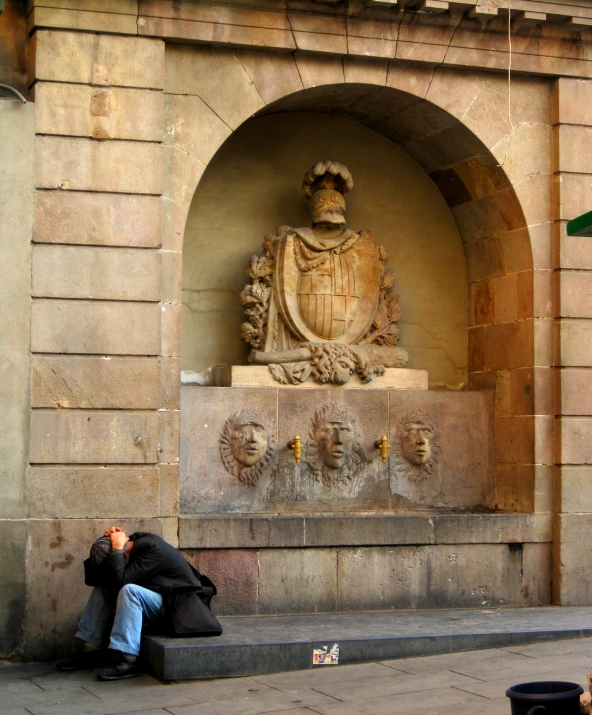 They said: “Quench your thirst here!  Don’t worry about a thing – it won’t cost you and it won’t hurt a bit.”  And the people drank and drank and even when they were no longer thirsty they continued to draw from the well.  And they were satisfied and lulled into a tranquil trance from which they could hardly wake.  Slowly they were separated from reality and because they were asleep they could not say no.  And they never put their minds to how to refill the wells because they’d been told not to worry about that.  And then one day the wells dripped their lastr drop.  The wells were empty, and the people in their foggy trance looked to the Promisers for more to drink.  But there was no more.  The Well-Makers had been worked to death until there were too few to keep so many in their tranquil trance.  But the Promisers pointed their crooked fingers at the Well-Makers anyway, for they needed a scapegoat.  And the people who had believed the false promises believed again, for they hadn’t fully woken and weren’t free of their thirst.  And they turned against the Well-Makers, the few that were left, until there were no more at all.

The people, still thirsty, turned to the Promisers: “Where can we quench our thirst now? You promised the wells would always run!”  But with no one left to build the wells and no one to teach the thirsty people how to make the wells run, the people would die of thirst.  But by this time the Promisers had gone elsewhere.  Hidden away were their own reserves where the thirsty masses could
not reach them.  But it didn’t matter, for since they’d led the people to kill the Well-Makers, they would still run out.
It would just be that they would wake from their own trance and die of thirst
last.