Human Rights activist Pamela Geller was scheduled to speak at the Great Neck Synagogue on April 14th until the synagogue’s officials caved to the bully tactics of Islamic bigot Habeeb Ahmed and others who relentlessly threatened and browbeat them should they go through with her speaking engagement.  Ahmed’s kind loath open dialogue and ruthlessly vilify anyone who speaks the truth about the violence and extremism so prevalent in Islam. 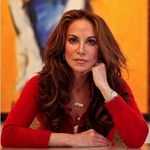 They vilified Geller and threatened among other things to march against the synagogue.  The GNS’s officials could have resisted these threats, they could have championed free speech loudly.  They could have weathered that storm and stood courageously, righteously against these present-day Nazis who were trying to deny their first amendment rights.  Instead they acquiesced, and now they will never be able to live down their utter spinelessness.  As Steve Goldberg so aptly put it, “They have disgraced their congregation, their families and the entire Jewish community.”

“As the notoriety and media exposure of the planned program this Sunday have increased, so has the legal liability and potential security exposure of our institution and it’s [sic] member families. In an era of heightened security concerns it is irresponsible to jeopardize the safety of those who call Great Neck Synagogue home, especially our children, even at the risk of diverting attention from a potentially important voice in the ongoing debate. Accordingly, the Great Neck Synagogue Men’s Club will no longer be sponsoring the appearance of Pamela Geller this coming Sunday, and no event will be taking place in our facility.” 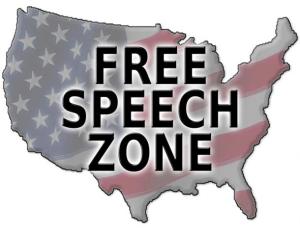 The Great Neck Synagogue could have dealt with the harassment and intimidation in any number of ways.  Notably, they could have widely publicized it, but instead Geller herself was the one to expose it on her website Atlas Shruggs along with Tom Trento of The United West.  In the face of threats to march on the synagogue, they could have rallied the community to band together and stand firmly against the oppression of free speech.  They could have counter-protested.  If they indeed felt their children were threatened, they could have requested police protection and again, exposed those (illegal) threats publicly.

“[T]he precedent is reinforced that smear campaigns work, and that all the foes of freedom have to do in order to shut down any voices opposed to them is mount a campaign simultaneously vilifying and demonizing their targeted speaker and showing the host the price he will have to pay for featuring the target.”

I have lived and worked in Great Neck and family of mine lived there for nearly their whole lives.  It is a very strong community.  I can’t help but remember on 9-11 the train station parking lots filled with cars that would never be retrieved by those who worked in the Twin Towers.  Great Neck, like many New York City suburbs, was devastated by that terrorist attack.  It is shocking that they would capitulate to the terrorist tactic of threatening violence and protest to stifle free speech.  On second thought, maybe it isn’t so shocking.  Great Neck is also a very liberal community, prone to the fake clichés of diversity, tolerance, and Islam as a religion of peace.  Perhaps it is more surprising that they stood against the threats as long as they did.  But by surrendering, they have betrayed themselves, each other, and Jews the world over.  They have betrayed everyone who has fought to protect and defend their first amendment rights and they have paved the way for more such intimidation to take place.

As Hitler was gathering power and imposing in 1930’s Germany, the Jews and others kept giving their oppressors the benefit of the doubt.  They let the Nazis take their weapons, close their businesses, shove them into ghettos.  They told themselves it was just temporary.  So many didn’t fight back and didn’t realize the mortal threat against them until the camp gates slammed home.  Anti-Semitism is more prevalent today than ever.  Muslim extremists all over the world proclaim their hatred of the Jews and all freedom-loving peoples, they call daily for the destruction of Israel and the Jews.  They teach their children to hate, not to live in peace with their neighbors.  They thrash the right to speak freely worldwide, they demand the slaughter of anyone who disagrees with them or speaks out against them.  We know their aim.  Stopping free speech and open dialog is just the beginning of subjugation.  Yielding to their threats while we are still in a free America is reprehensible.  Shame on the officials of the Great Neck Synagogue.

My Tweets
Join 2,349 other subscribers