It’s not all about qualification. I’m speaking as a female Marine Iraq war vet who did serve in the combat zone doing entry checkpoint duty in Fallujah, and we worked with the grunts daily for that time. All the branches still have different standards for females and males. Why? Because most women wouldn’t even qualify to be in the military if they didn’t. Men and women are different, but those pushing women into combat don’t want to admit that truth. They huff and puff about how women can do whatever men can do, but it just ain’t so. We’re built differently, and it doesn’t matter that one particular woman could best one particular man. The best woman is still no match for the best man, and most of the men she’d be fireman-carrying off the battlefield will be at least 100lbs heavier than she with their gear on.

Women are often great shooters but can’t run in 50-80lbs of gear as long, hard or fast as men.  Military training is hard enough on men’s bodies, it’s harder on women’s.  And until women stop menstruating there will always be an uphill battle for staying level and strong at all times.  No one wants to talk about the fact that in the days before a woman’s cycle she loses half her strength, to say nothing of the emotional ups and downs that affect judgment. And how would you like fighting through PMS symptoms while clearing a town or going through a firefight?  Then there are the logistics of making all the accommodations for women in the field, from stopping the convoy to pee or because her cycle started to stripping down to get hosed off after having to go into combat with full MOP gear when there’s a biological threat.

This is to say nothing of unit cohesion which is imperative and paramount, especially in the combat fields. When preparing for battle, the last thing on your mind should be sex, but you put men and women in close quarters together and human nature is what it is (this is also why the repeal of DADT is so damaging). It doesn’t matter what the rules are. The Navy proved that when they started allowing women on ship. What happened? They were having sex and getting pregnant, ruining unit cohesion not to mention derailing the operations because they’d have to change course to get them off ship.

When I deployed we’d hardly been in country a few weeks before one of our females had to be sent home because she’d gotten pregnant (nice waste of training not to mention tax-payer money for training). That’s your military readiness? Our enemies are laughing – Thanks for giving us another vulnerability, USA!

Then there are relationships.  Whether it’s a consensual relationship, unwanted advances or sexual assault, they all destroy unit cohesion.  No one is talking about the physical and emotional stuff that goes along with men and women together.  A good relationship can foment jealousy and the perception of favoritism.  A relationship goes sour and suddenly one loses faith in the very person that may need to drag one off the field of battle.  A sexual assault happens and a woman not only loses faith in her fellows, but may fear them.  A vindictive man paints a woman as easy and she loses the respect of her peers.  A vindictive woman wants to destroy a man’s career with a false accusation (yes, folks, this happens too), and it’s poison to the unit.  All this happens before the fighting even begins.

Yet another little-discussed issue is that some female military are leaving their kids behind to advance their careers by deploying. I know of one divorced Marine left her two sons, one of them autistic, with the grandparents to care for while she deployed.  She was wounded on base, not on the front lines, and is a purple heart recipient. What if she’d been killed, leaving behind her special needs child? Glory was more important than motherhood. Another case in my own unit was a married female who became angry when they wouldn’t let both her and her husband deploy at the same time. Career advancement was the greater concern.

I understand the will to fight. I joined the Marines in the hopes of deploying because I believe that fighting jihadists is right and I care about the women and children in Islamic countries where they are denied their rights, subjugated, mutilated, and murdered with impunity, where children are molested and raped with impunity, not to mention defending our own freedom against these hate-filled terrorists who want to destroy freedom-loving countries like America. Joining the Marines was one of the best things I’ve ever done in my life and I’m glad I got to deploy.  It not only allowed me to witness the war, but to witness the problems with women in combat.

Women have many wonderful strengths and there is certainly a lot of work for women to do in the military.  But all the problems that come with men and women working together are compounded in the war zone, destroying the cohesion necessary to fight bloody, hellish war.  We are at war, and if we want to win, we have to separate the wheat from the chaff and the top priority should be military readiness and WINNING wars, not political correctness and artificially imposed “equality” on the military.

This is part 1 in a series.

Part 1: The Problem(s) of Women in Combat

Read Part 4: Let the Men Be Heroes, Because They Are 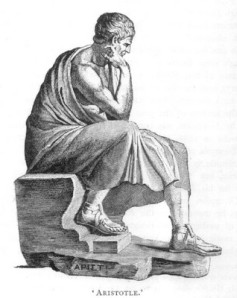 11 thoughts on “The Problem(s) of Women in Combat”