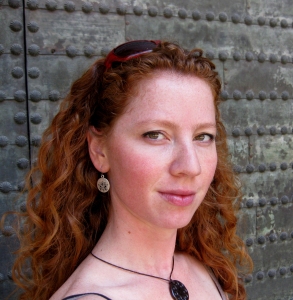 An outspoken advocate of women’s combat exemption, Jude Eden is a U.S. Marine Corps veteran who served in Iraq and worked entry checkpoints, frisking women for explosives, on Fallujah’s outskirts. She writes on politics and culture with a focus on women in combat, and has appeared on TV and radio shows across the nation. She is a passionate advocate for high standards of combat readiness, and loves the Marine Corps and its men and women.  Jude believes that since America’s outermost shield is made up of her sons and daughters, we should give those at the very front lines everything they need and clear away anything they don’t to ensure success in battle with the fewest casualties.

Jude’s music includes a solo album of original cello compositions, In the Key of J and an album called Twain Shall Meet by her folk-blues guitar-cello duo Upstarts & Rogues.

19 thoughts on “About Jude”